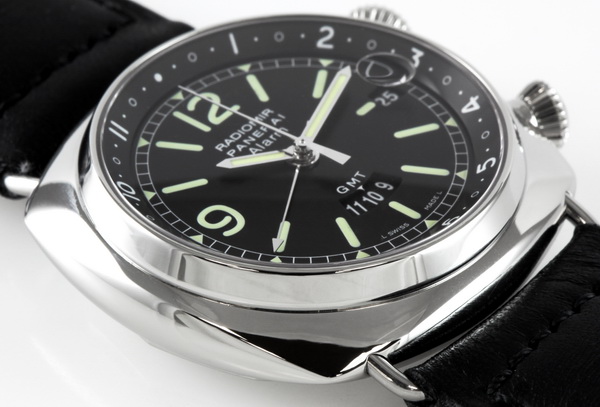 This is a model we have been fortunate enough to come across a couple of times in the past, but it remains a rare piece, with only 3000 total pieces made between 2001 and 2006.   The Panerai Radiomir GMT Alarm features a Girard Perregaux caliber 59, a movement initially developed by A. Schild (AS 5008).  This vintage movement was reworked by Girard Perregaux and in my mind is almost synonymous with mechanical alarm watches.  It produces a loud and distinctive buzzing sound when the alarm is engaged.  This piece was recently serviced with a full overhaul by the Panerai Richemont service center, so it is in perfect working order. 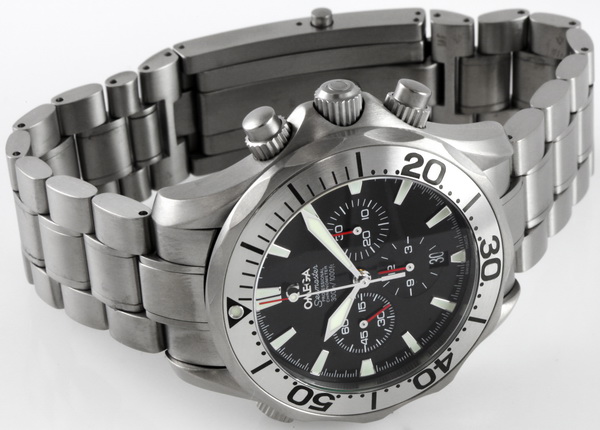 Much like the 2254.50 model, this piece has greater luminosity than current versions of the Seamaster due to the broad ‘sword hands’ and large trapezoidal hour markers. This was never a common Seamaster model and now this chronograph style is impossible to find with nothing similar in Omega’s current lineup. The large size is offset by the dark color and light weight of the titanium making it just a very comfortable sports watch without being flashy. 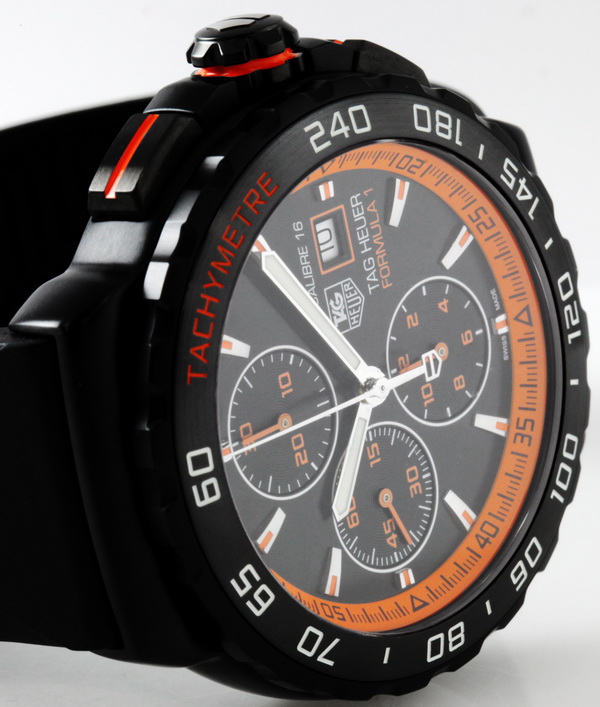 This is the first automatic Formula One model that we’ve seen. These are new offerings from TAG Heuer, perhaps trying to change the entry-level reputation of the Formula line. Although the coloring might not be for everyone, they’ve done a very nice job with the features. The bezel is a combination of titanium carbide and ceramic, the ceramic being the brushed portion, which is great for preventing nasty scratches. The titanium carbide coating the entire watch gives it a nice silky feel. The Tag Heuer Caliber 16 (aka. Valjoux 7750 movement) gives the piece a good weight and that occasional heartbeat-like kick from rotor in freewheel. I would’ve liked them to have used a push button buckle, but otherwise, no complaints. 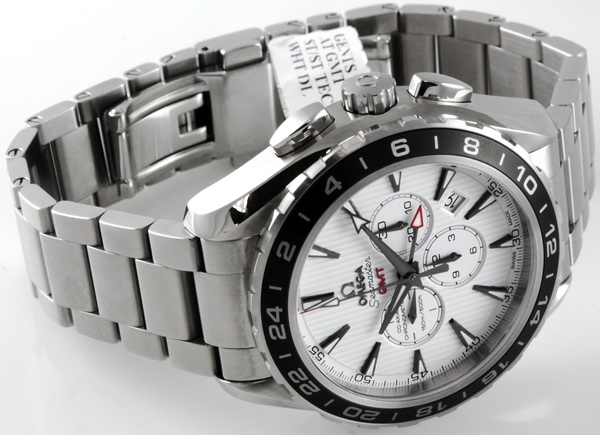 Quite possibly one of the sportiest Aqua Terras I’ve ever seen. The markers and hands are actually 18k gold, but with a gun-metal black finish and light plays off of them very well. Light colored dials are usually hard to read, the teak dial is an exception. The band is Omega’s new style with nice heavy screwed links instead of pin/sleeve construction. The bezel has a great tactile bite to it, I actually like that feel better than the Planet Ocean or Submariner bezel for grip. Omega is really competing with the Rolex GMT at this price and I think they’ve done a fine job.