The SIHH Exhibition is arguably the second largest watch event of the year and it’s about 1 month away (Jan 19). It’s celebrating its 27th anniversary! Richemont Group has the largest presence. Audemars Piguet and Richard Mille are the most well-known brands not from the Richemont roster. Below, are some current and past models offered by brands showing at SIHH. 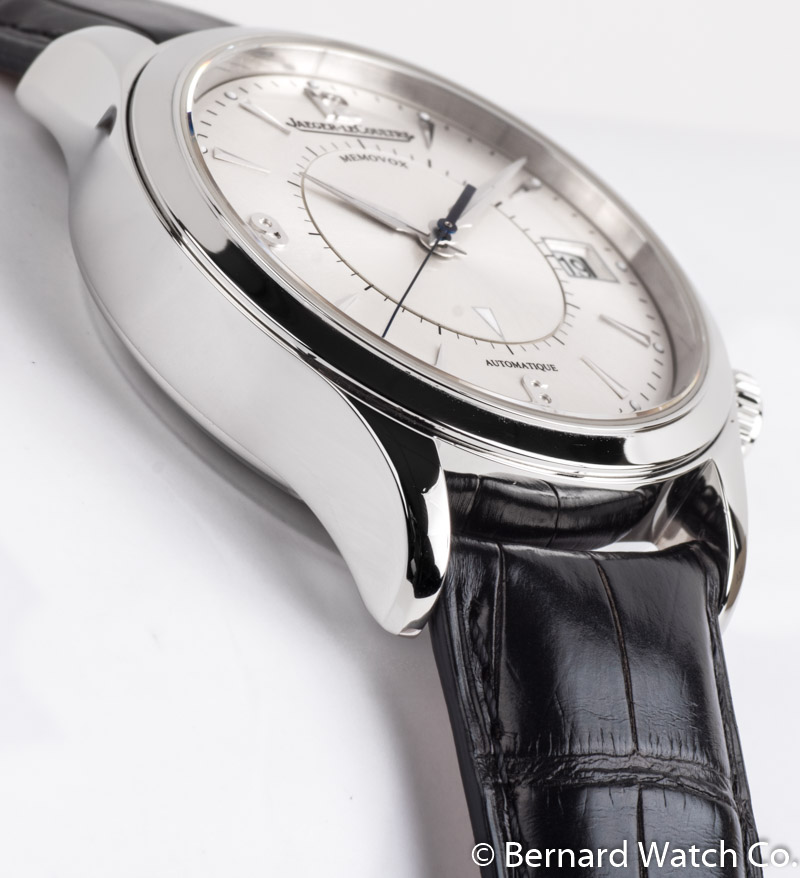 The Memovox, first introduced in 1950, was reintroduced in 2010 as the Master Memovox, indicating the Cal 956 had now passed the rigorous 1000 testing of the Master series. This complication is simultaneously whimsical and supremely useful. The physical alarm on the Memovox rings out strongly and grabs the attention in a way that digital alarms can fail to do.

The PAM000287 is one of the more hard-to-find of the Contemporary Panerai models. It had a relatively short production period and we have only seen a couple come through our office pre-owned. The manual wind versions of the Radiomir tend to be fairly casual with tang buckles and simple leather straps. The 287 pairs a thickly padded alligator strap with a deployant buckle. Combined with the automatic movement and date function (rare in Radiomirs), this makes the 287 ideal for daily office wear. 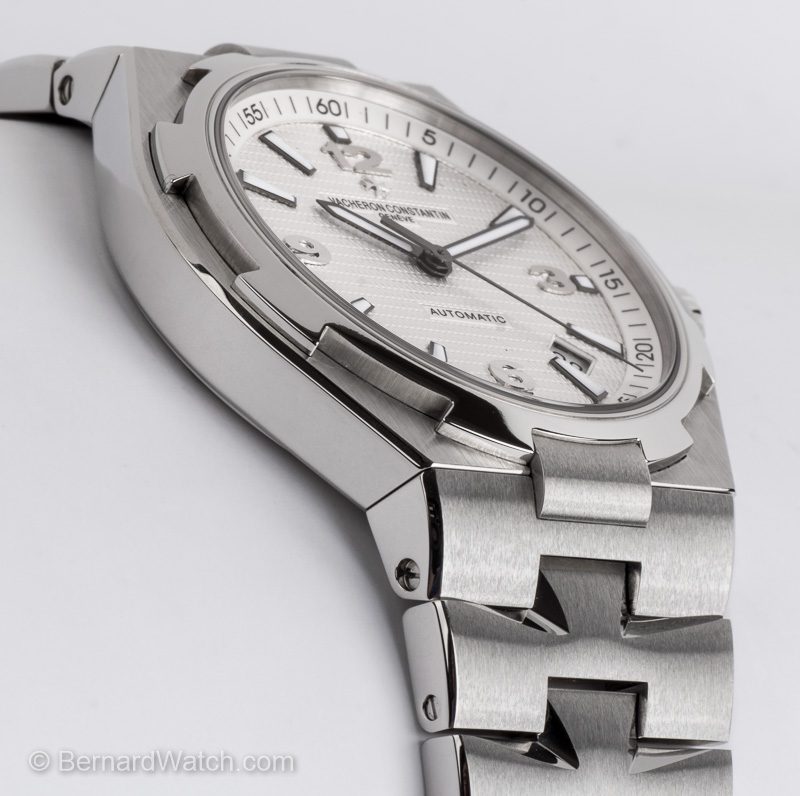 The Overseas is a piece of exceptional watchmaking with incredible detailing from the bezel to the bracelet to the dial and caseback. Looking at it, it can be hard to remember that is is a sport watch with a 150m factory rating and both anti-magnetic and shock resistance. The original Jorg Hysek design emerged in the late 70s as the gentleman’s sport watch competing with the Royal Oak and Nautilus. While it has evolved over the years, it remains very thin for a sporty watch at just under 10mm, which makes it extremely versatile for all occasions. The case size of 42mm seems large on paper, but fits comfortably on even smaller wrists. This Overseas earned our rarest grade of 99% Like New, meaning it could not be in any nicer condition. 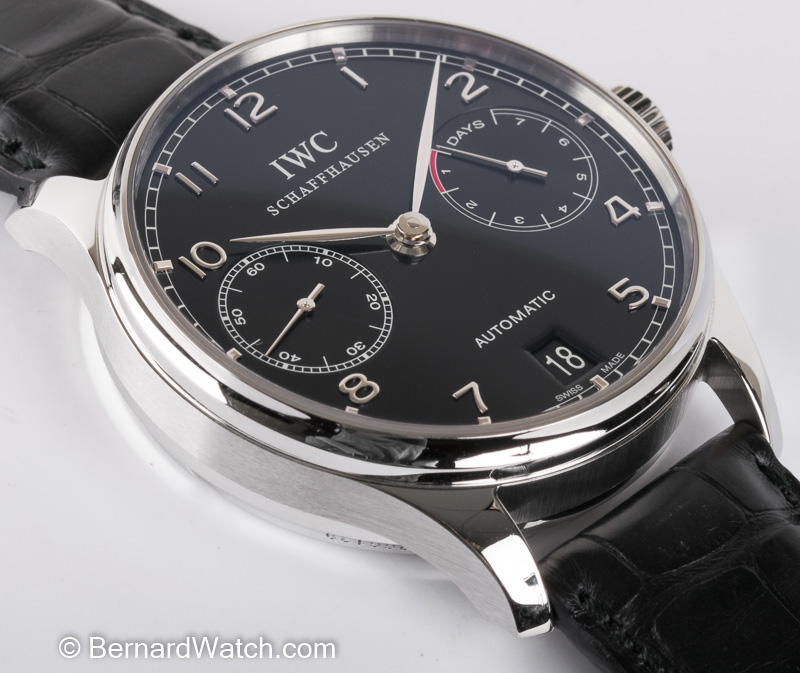 At first glance, this Portuguese seems large at 42mm wide and nearly 14mm thick. The reality is that the watch is extremely faithful to its historical origins. The original Portuguese watches, as commissioned in the 1930s, were similarly large 42mm pieces with re-purposed pocket watch movements that were designed to meet specific accuracy requirements. The case size of this watch is a necessity to hold IWC’s 50011 caliber with seven days of power reserve. The Portuguese’s clean dial with Arabics, railroad track markings and long leaf shaped hands has hardly changed in 75 years. The 5001 reference specifically has been a favorite among watch aficionados (purists) since it was introduced in the early 2000s. 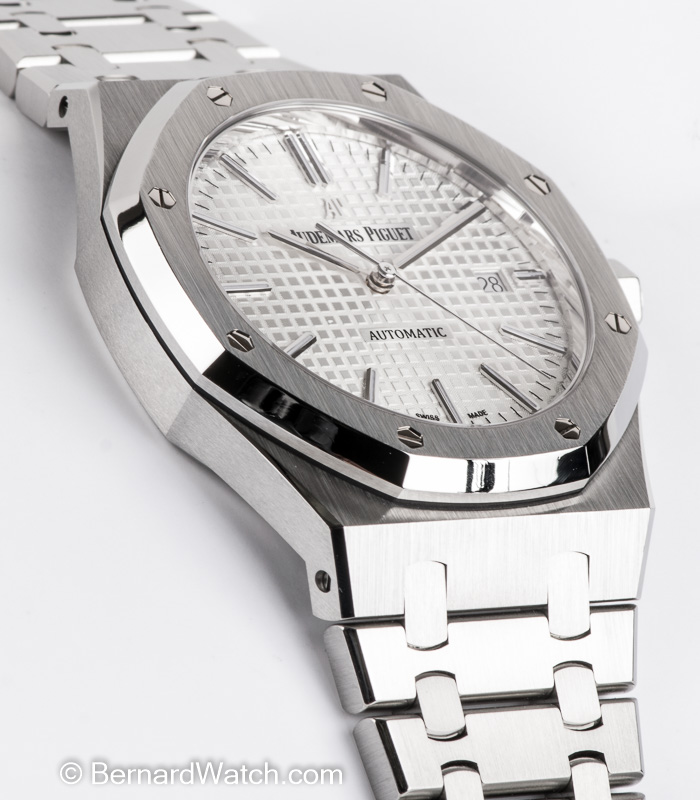 One of the most recognizable luxury sports watches, the Royal Oak is the core of Audemars Piguet and considered to be among the finest examples of Swiss craftsmanship. Their signature timepiece comes on a brushed steel bracelet with a mix of brushed and highly polished steel for the case. The dial features the manufacturer’s distinctive “Grande Tapisserie” design in silver. The Ref. 15400 is 41mm wide, larger than the previous Royal Oak reference (the 39mm 15300 was discontinued in 2012) , but it does not feel substantially bulkier on the wrist. This piece is in excellent condition, and at just over a year old, priced very attractively for such an iconic model.

Showcasing Cartier’s elegant and luxurious design with a sporty twist, the Must 21 Chronoscaph is a watch that sits comfortably in two worlds. The stylishly embossed white dial works very well with the crisp functionality of the chronograph subdials, and the bracelet is an athletic white rubber, interspersed with stainless steel middle links. The white Roman markers rest on a brushed bezel, with a highly polished case beneath it.