A Customer Emailed Us This Question:

“About 11 years ago?? maybe more I purchased a GP Richeville from you.


The watch is fine.  This week I took it  to a watchmaker I deal with, who checked it, and casually remarked that the movement was an ETA movement.  I just wanted to know if that was the way GP did that model?


And if one buys a GP how does one know if the movement is in house–or an ETA– which I assume GP modifies in some way.“

A watchmaker will recognize a base caliber relatively easily, but for everyone else, it can be difficult to find out what movement is used.  We subscribe to various trade publications, which sometimes detail the base calibers and we also turn to the internet for research.

ETA movements were commonly used by GP when that model was made.  It is an ETA 2892-A2 modified for small seconds and pointer date.  Manufacturers typically rename the movement to their own caliber number (in this case GP caliber 2201) to reflect the work they did on the movement.

At the time, ETA did not offer as many specialized modifications or finishing upgrades, and only a few manufacturers had the resources to upgrade the movements themselves.  So a Girard-Perregaux modified movement would be purchased by other manufacturers who wanted a higher grade movement. 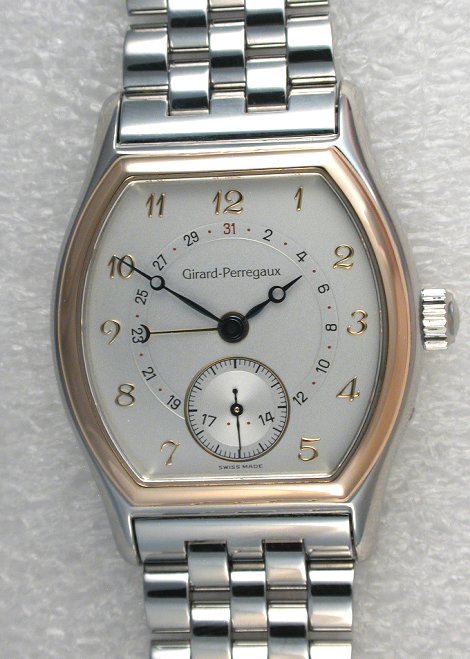 One Comment on “Ask A Watch Guy: When Is A Movement “In-House” or ETA?”