Chronoswiss Watches We Want To Buy

Listed below are some Chronoswiss watches we have recently purchased, or traded from individuals like you, or are in-demand models that we are looking to buy. 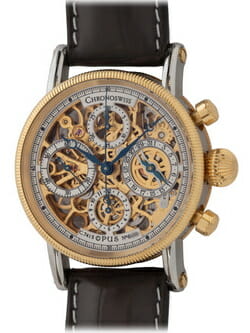 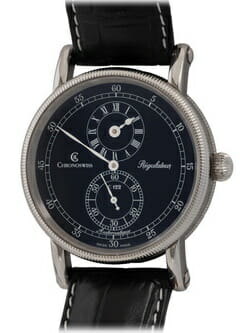 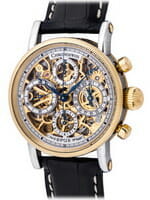 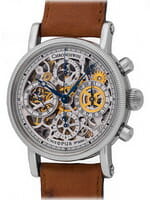 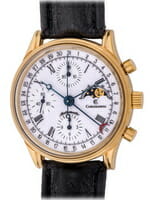 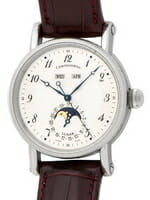 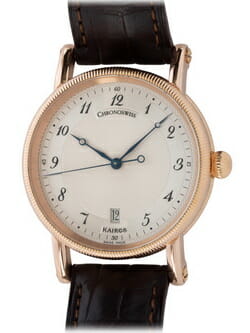 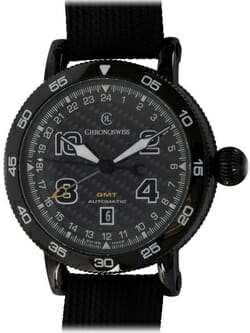 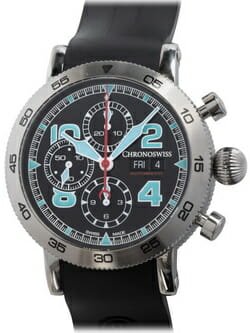 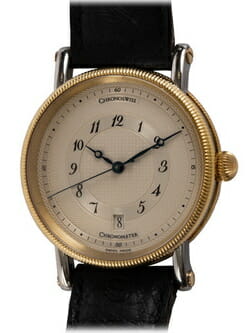 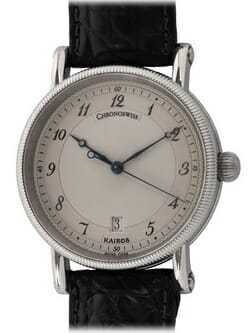 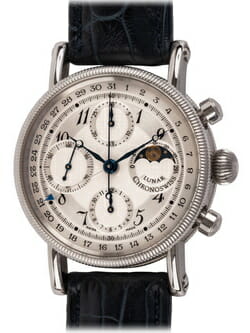 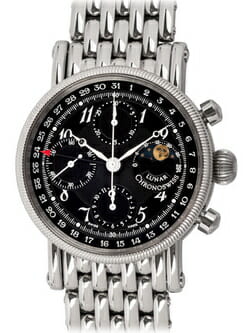 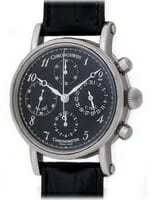 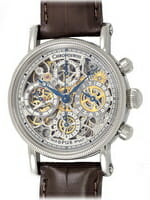 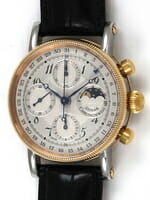 If you have a Chronoswiss you might like to sell and are looking for the best possible quote, please fill out our Sell Your Watch form or Trade-In Trade-Up.

The relatively young Chronoswiss was founded in 1983 by Gerd-Rudiger Lang, a master watchmaker who had previously produced movements for other major brands. Lang attached the name in 1982 to the world's first chronograph with a moon phase display and a mineral crystal back, beginning his brand with a first and continuing that standard of innovation in later years. The year 1987 saw the company find its signature design -- a screwed and channeled bezel, an onion-shaped crown, and screwed strap lugs -- as well as launch the Regulateur model, the first continuously produced regulator-style wristwatch. The more recent Timesmaster series pays tribute to racing and classic cars, while the 1993 Orea model indicated a rebirth in horological art with its hand-crafted white enamel dial. In 2012, the family-owned Chronoswiss was bought by a Swiss family of entrepreneurs who have continued the company's traditional production of precise mechanical watches.