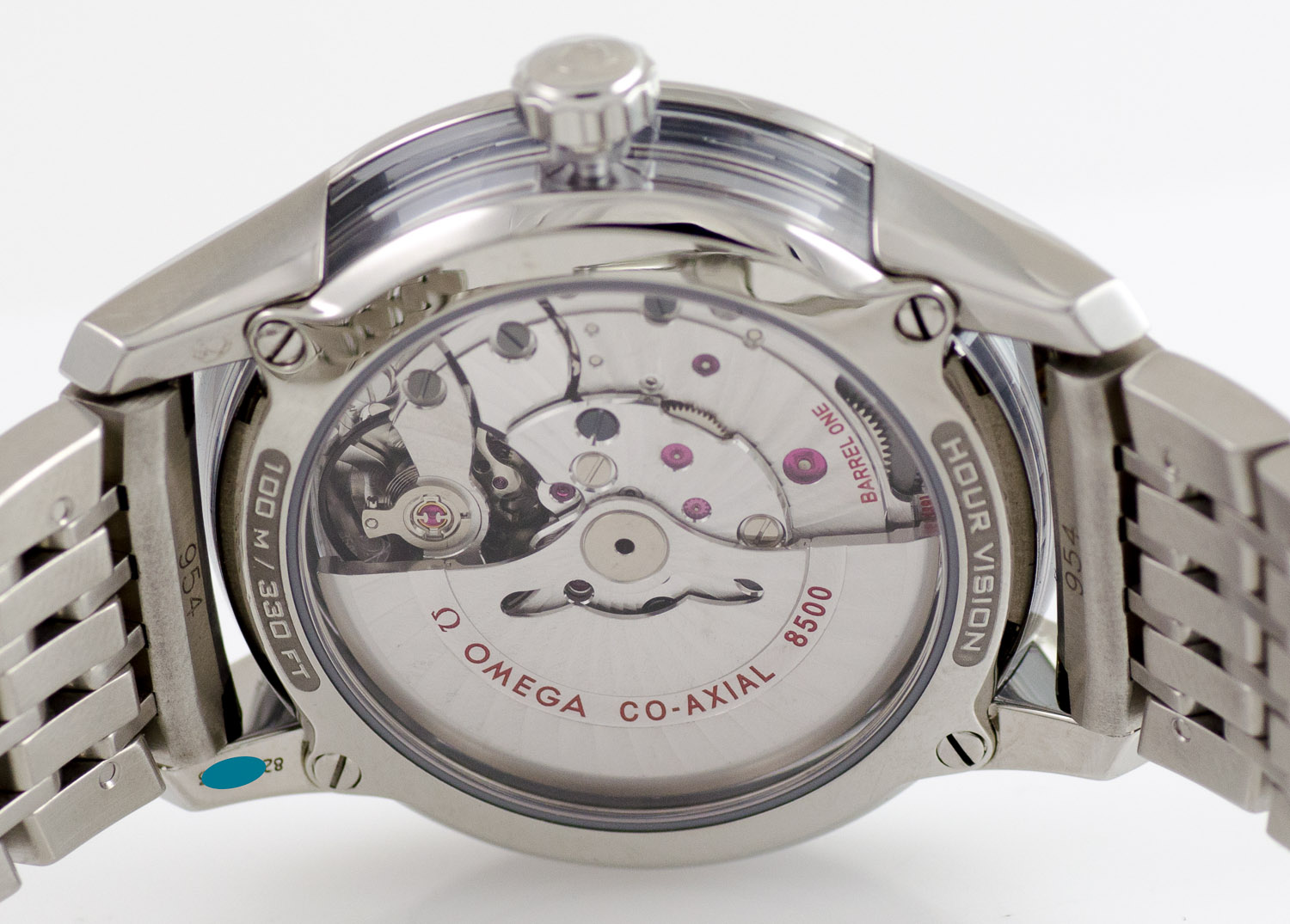 The Omega Caliber 2500 was developed by Omega in the 1990s. In 1993, Omega purchased the patent for the Co-Axial escapement from English master watchmaker and inventor George Daniels. The Co-Axial Escapement was the first practical new mechanical watch escapement invented for mass market in 250 years. Omega began work to fit the Co-Axial Escapement to their Cal. 1120 movement. The 1120 was basically a decorated version of the reliable Eta 2892-A2 movement. Omega spent the next six years developing and improving the movement to fit and utilize the larger escapement. In 1999 Omega released their first watches to the public with the Omega Cal. 2500. 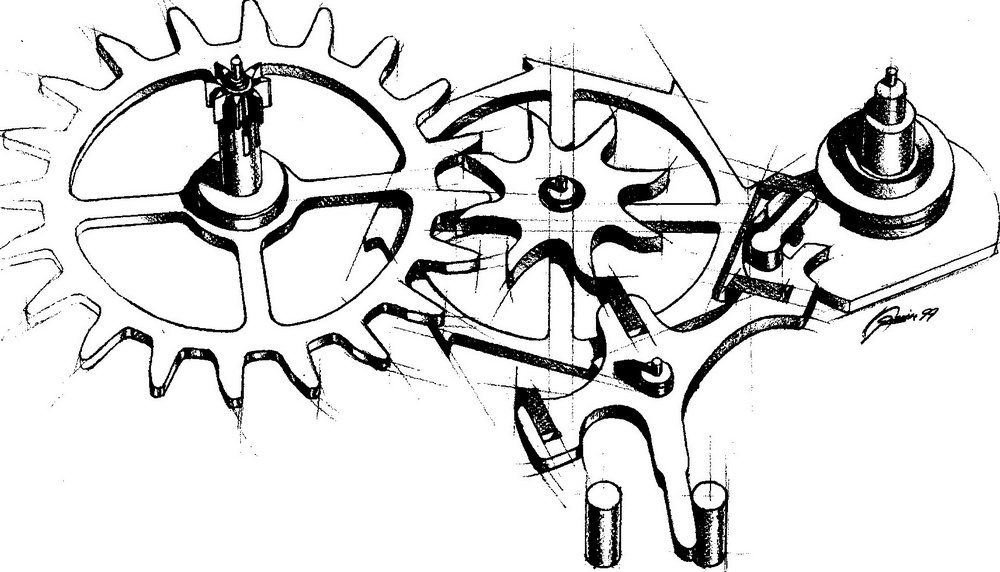 A Co-Axial drawing by its inventor: George Daniels

The Co-Axial escapement has two escape wheels mounted together to release the torque from the main spring. Because there are two wheels working in conjunction with added jewels, there is less friction. No longer are there two jewels sliding along the teeth of a single wheel, but now are three that just catch the edge of the teeth on two wheels. This means less friction in the escapement, thus, longer periods between services.

Omega has put together a short informative video and is worth your attention to better understand this innovation.


In 2007, Omega launched the De Ville Hour Vision Chronometer with the Cal. 8500. All 202 components were designed and produced by the company’s workshops.

The Omega 8500 Caliber family was developed in-house by Omega around a revised Co-Axial escapement to fully optimize its potential. The Co-Axial escapement organ is 13% larger and more efficient in the larger space availed to it. It gets its power from twin mainspring barrels. The barrels are DLC (Diamond-like carbon) coated inside to reduce friction and have been tested to simulate over 10 years of use with little wear effect to the DLC. Sixty manual rotations of the crown fully winds both mainsprings. The “hand-wound” barrel without slip clutch is wound first, then the “automatic” barrel with slip clutch. The hand wound barrel with slightly more torque unwinds first until the automatic barrel quickly jumps in to jointly power the escapement. The bi-directional winding rotor has been redesigned to make it so efficient that it winds with the slightest wrist motion and is almost inaudible. The movement is decorated with a beautiful “Cotes de Geneve en Arabesque”.

Other improvements include: 14 leaf meshing pinion versus 8 leaf on the 2500, Nivarox Anachon balance Spring, Zircon Oxide rotor pivot jewels, improved Nivachoc shock absorber, and massive transverse balance bridge. Since 2011 the 8500/8501 have been equipped with the more stable silicon Si14 balance springs. The older versions will be gradually upgraded to Si14 balance springs at service.

Today, you can find a variety of Omega calibers based on the 8500:

Omega has achieved its honorable mission of developing a family of calibers that are extremely reliable, have highly accurate rates and have longer periods of time between needed services.

Even with all this in-house development by Omega’s dedicated teams, Omega is honest enough to recognize and tell the world they didn’t do all by themselves. We’ll close this post with a popular quote from an interview with Mr. Jean-Claude Monachon, OMEGA’s Vice President of Product Development:

In an admirable show of honesty, Mr. Monachon also cautioned us that although the calibre 8500/8501 are completely designed and developed within OMEGA Granges, it is dangerous to call the movement completely in-house manufactured. Without the help and assistant of Comadur, Nivarox, ETA and Frederick Piguet – all within the Swatch Group, the success of this calibre and the Deville Hour Vision model would not have been possible. The objective is to manufacture the complete movement and watch within OMEGA premises but at the moment, only assembly is done within the OMEGA compound.